Editors note: This article was formerly titled “Popularity of Wrestling” in 2012 and was changed after the Rio 2016 Olympic Games partially due to trend in Olympic medals won by Team USA in wrestling since 1992.

See list below for actual USA medals won per Olympic Games since 1968:

Keep this in mind, wrestling is a very popular sport in the former Soviet Union and now Russia (plus 14 other republics i.e. Azerbaijan, Georgia, Armenia, Belarussia, Ukraine, Lithuania, etc.) During this same time period, the Soviet Union/Russia won 145 medals averaging 11.15 medals won per Olympic Games and they won 9 out of 18 medals at the Rio 2016 Olympic Games.

If USA could produce more medals for wrestling at the Olympic Games, would this medal count increase the popularity of our great sport?

If the popularity of our great sport is increased, would this increase the amount of resources available to continue a great wrestling tradition like the Russian men’s programs or the Japanese women’s program?

Mixed martial arts has exploded in popularity over the last 15 years or so and some of the advertising strategies they are using are similar to what many professional sport organizations are using. One example of this idea is the marketing and promotion of their product via the internet, magazines, & television. Exposure through said media channels may help increase exposure to young aspiring mixed martial artists. Many media sport organizations like ESPN, FOX Sports, NBC Sports, & others also have this same type of mass exposure for everyone to see. This mass exposure may be one of the keys to success of making a sport popular.

Money can help you pay gas, electric, food bills; buy cars; pay rent; & pay mortgages  among other things. If these necessities are in question, it may be hard to keep our best athletes in our sport. MMA can pay more money to athletes that are not world champions nor national team members currently than USA Wrestling can. If you are a national team member, a world or an Olympic Champion, you may be able to survive, thrive, & train in our wonderful sport. It is possible to live, train, & thrive under the current structure (it is hard – believe me) and it appears many world class athletes are leaving wrestling for MMA or other jobs to help pay bills and/or have a family. When many world class wrestlers leave our sport in their prime, this may make our sport less popular.

There are other sport training systems in the USA and abroad that appear to work efficiently & effectively regarding retaining, developing, and paying athletes. Some of the different than wrestling training systems include: Major League Baseball, National Hockey League, track & field, swimming, tennis, skiing, cycling. To my knowledge, all of these training systems actually allow the athletes to ‘go pro’ or forgo amateur status and train/compete as professionals. There are other sports like volleyball, speedskating, & female gymnastics that have a different/successful model than just mentioned and also different from wrestling.

Soccer, or football as it is called world wide, is different too. Many football programs across the globe are very similar to hockey & baseball in the USA in terms of development, retention, and remuneration. In other words, most world football leagues have training centers that feeds into the major league system or professional team. And, it usually takes several years for a teen to make it from these training centers to the professional leagues. These systems appear to work because many athletes make the professional ranks, or are on television, or can make a living in the minor leagues if they are not on television. When training systems are efficient & effective, this may increase popularity.

The final component is the sports being taught are the same as the professional or Olympic Games sport being contested (again, refer to current folkstyle wrestling taught in all USA high schools & colleges). This is a key component because the time it takes to master a sport may take longer if a student starts later. In some cases, students may master only certain parts of the sport prior to making the Olympic Games or before retiring.

Think of a sixth grader trying to compete with a high school graduate in sport or in the classroom. This example may be what we are up against in our wonderful sport sometimes at the Olympic level due to gaps in development or a late start at mastering sport. Mastery of sport at a young age, say 19, may increase the popularity for many youth. (2012 Olympic wrestling champions Toghrul Asgarov, AZE, was 19 & Natalia Vorobieva, RUS, were 20 – 2012 Olympic basketball champions & NBA champions Kobe Bryant, LeBron James entered NBA at 17, 18 respectively.)

These 2 sports are unique because they combine many elements to be popular from above and they add this next factor that many sports do not have. This unique factor is mastering the sport on the playgrounds. Said another way, the USA (basketball) and Brazil (soccer) produce many teenage superstars that ‘go pro’ prior to sport schools and training centers (mass exposure & participation with minimal or no fees). So many athletes are in these sports and it appears that the talent pool is rich due to the popularity of the sports.

In other words, so many youth are participating in these sports, that it seems like a lot of training and learning is done via games that are played at American or Brazilian playgrounds or parks with out formal or paid coaches. This may happen because the sports are extremely popular due to the mass exposure given to these sports in their respective countries. Think Pele or Jordan; or think of how many youth want to be like Mike or Pele… 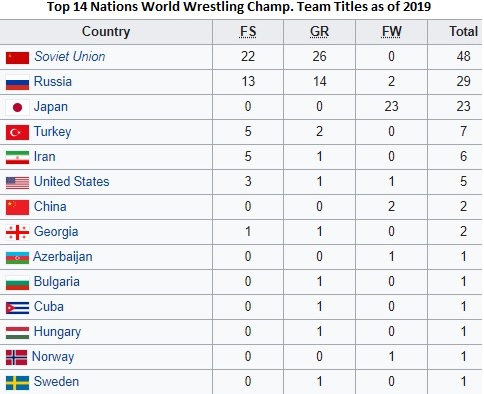